✨ Create and manage a team - only on Standard plan

Administrators or Account owners, learn how to create and manage a team on Spendesk.

Written by Alexia B
Updated over a week ago

Teams were designed to dispatch approval between team approvers. You can create and manage teams (as below), and set up an approval policy. This is a different feature from our Budgets & Cost Centers feature.

Invite or allocate a member to a team

Invite a member in several teams

A single member can be part of several teams at once. To set this up, simply click on the Settings > Members tab, select one member in the recap tab and then Edit profile > Teams. You can tick more than one team.

If you've created teams before inviting members, don't worry you can still allocate new members in teams directly from Settings > Members if you need to:

Spendesk's permissions are specific authorizations given by an Administrator or Account Owner to a member, irrespective of their role.

There are two kinds of authorizations at the team level:

If needed, one member can have both authorizations and be team manager and team approver for the same or different teams.

These two permissions are different from Spendesk roles that allow access to specific features of the platform.

After you've created a team, chosen one or several Team Managers, and added members in this team, you will be able to add Team Approvers within this team with their own approval limit.

You can have as many approvers as you want in each team, and can select the amount up to which they can approve requests.

You can either add an approver for the same threshold (add approver) or for a different threshold (click on "Add a threshold", then select the approvers). 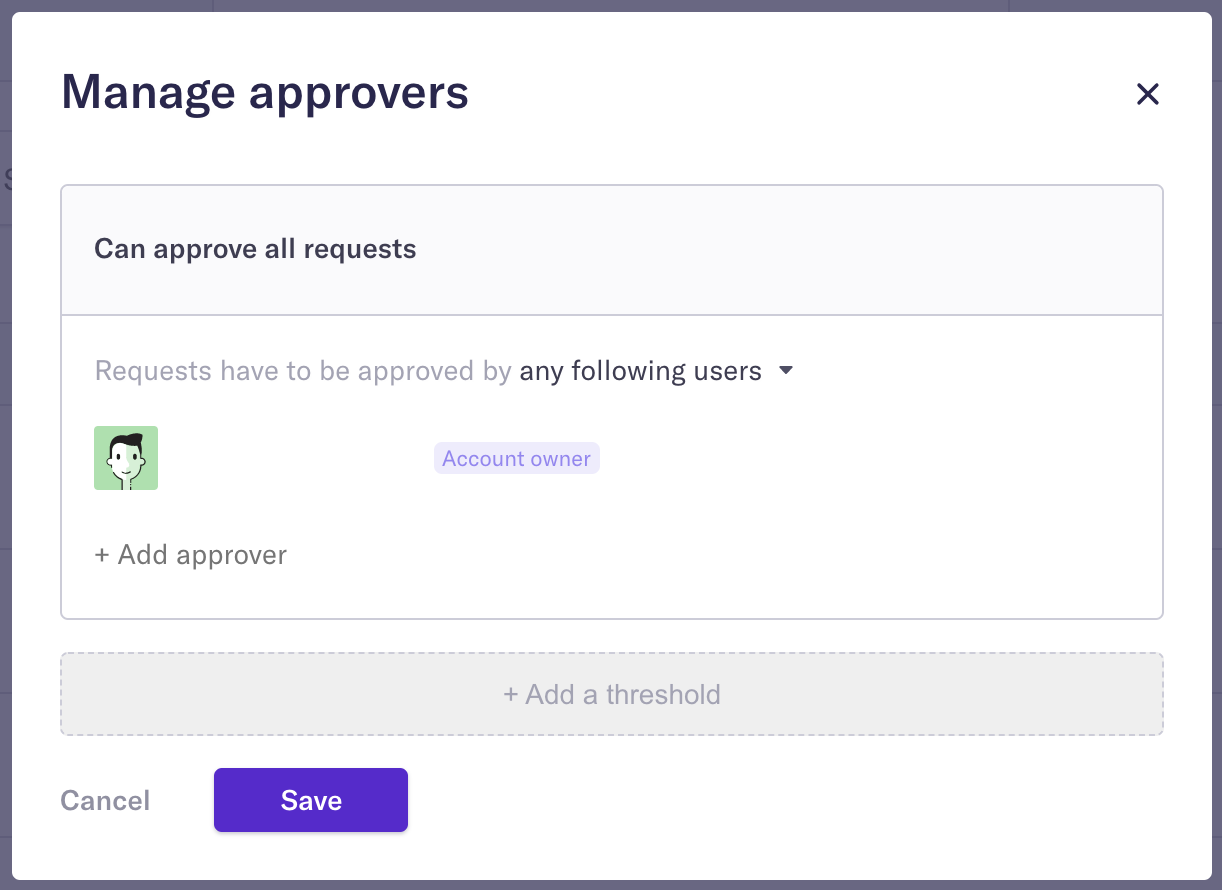 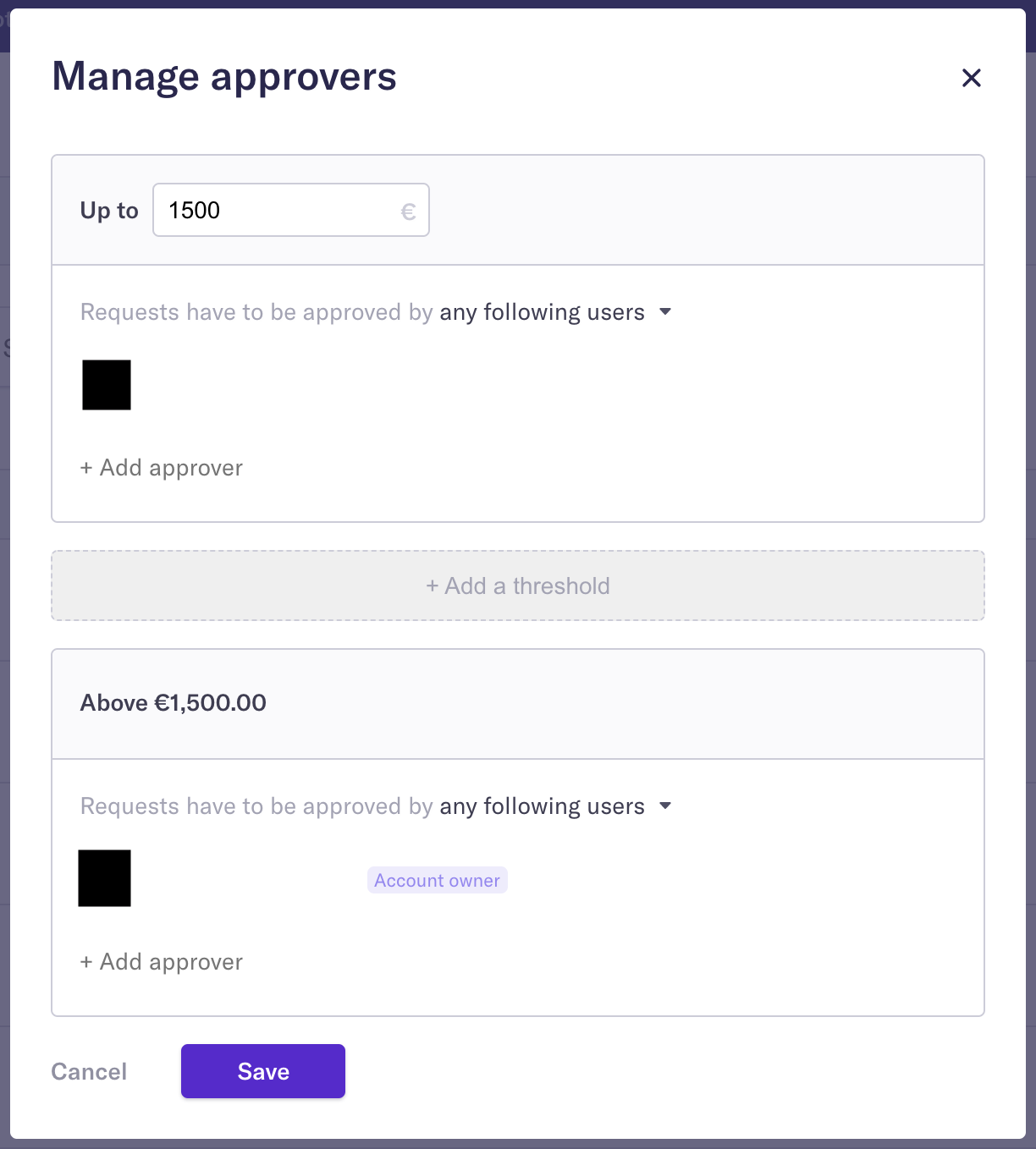 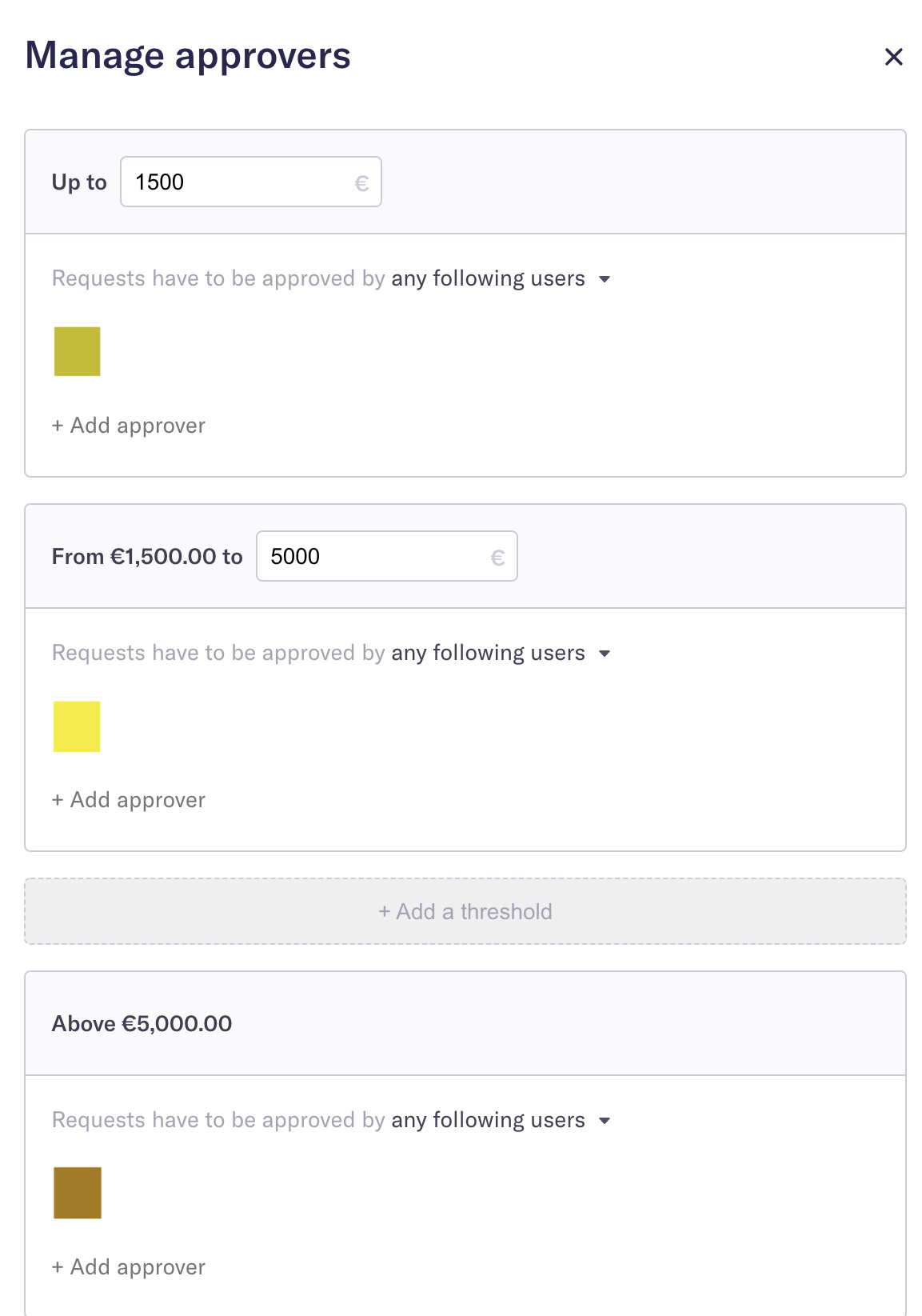 Add several approvers on a threshold (any of them can approve) 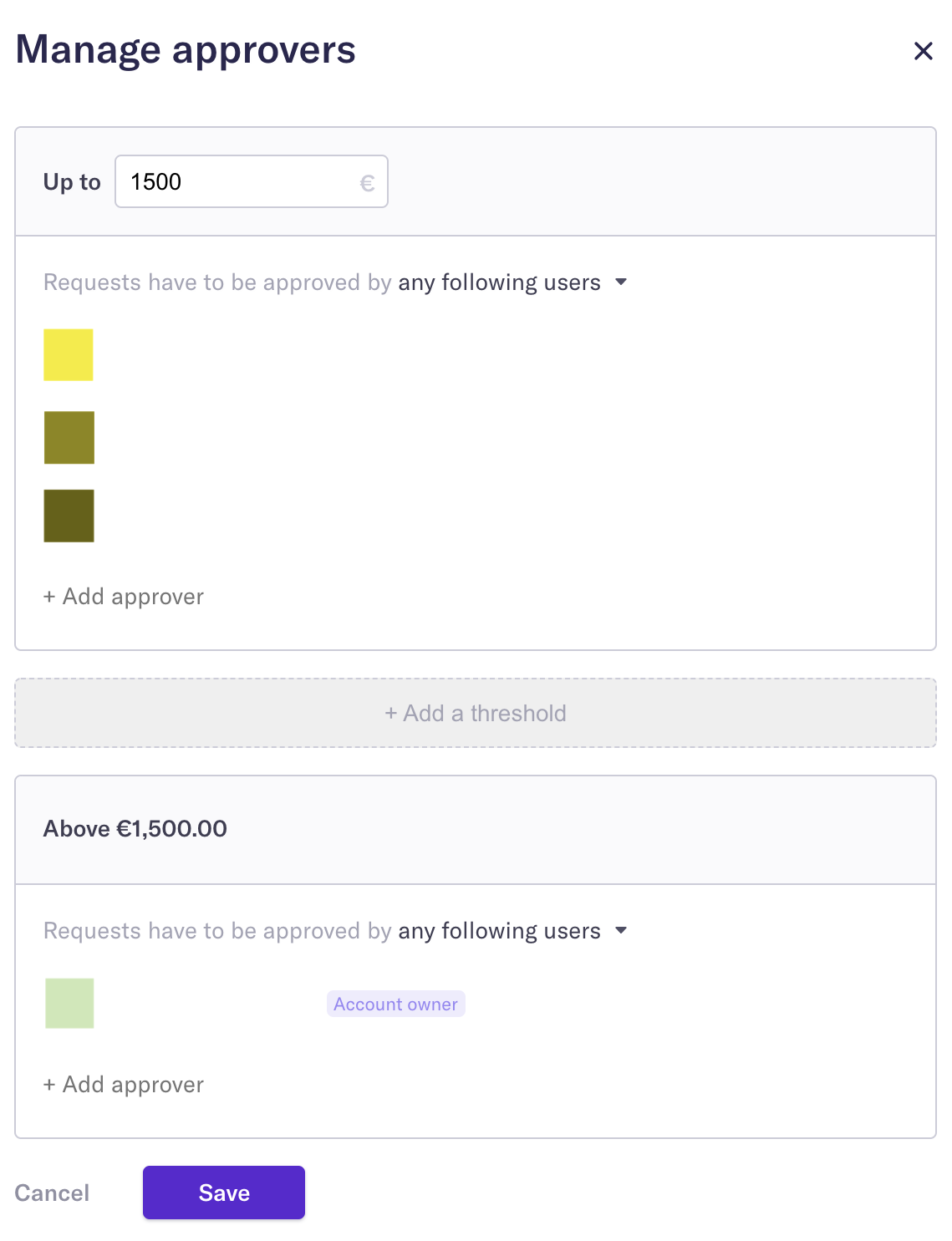 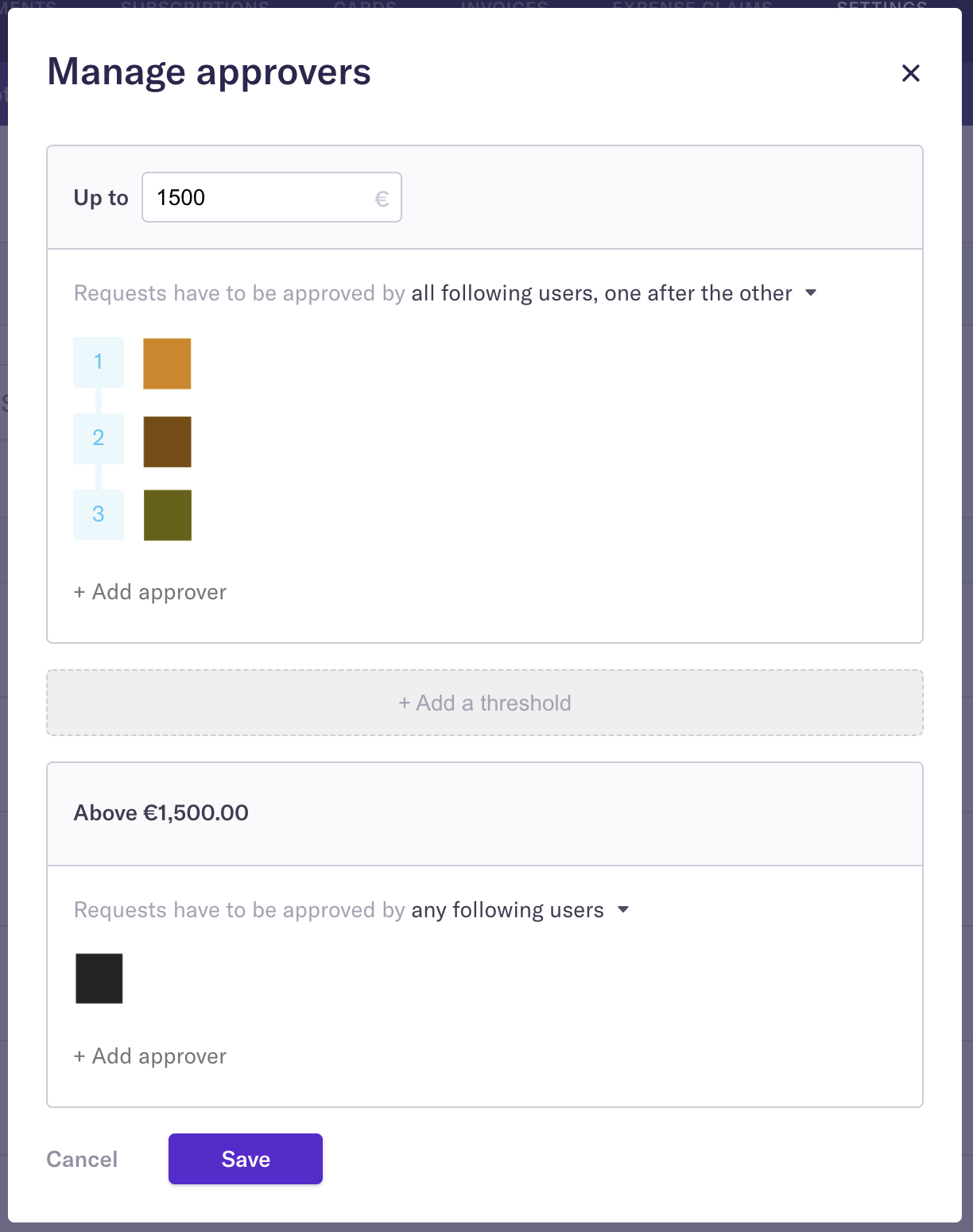 To delete a team, simply go to Settings > Members > Teams > The team you want to delete > Delete this team (red link at the bottom of the pop-up).

After this, its members will not be able to select this team anymore when making an expense. The managers won't be able to see payments made by the team and approvers won't need to approve members' requests.

Did this answer your question?